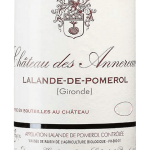 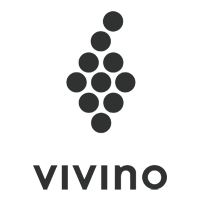 History : The Annereau family, one of the oldest families in the village and which gave its name to the property has been associated with the region’s history since 1450. In this way, for over 5 centuries, the descendants of the same family have run the property. In 2004 Dominique Hessel became the owner of the Château. From that time, he’s got the idea to make a wine respectfull of the nature and decide to make all the efforts to be certified as an organic wine. The years 2007, 2008, and 2009 are vinified in the organic way and 2010 is officialy certified organic. The estate : Château des Annereaux’s vineyards is located in the village of Lalande de Pomerol and covers an area of 22,70 hectares (about 56 acres) . Rich in gravel, the soil heats up easily and is particularly favourable for the cultivation of vines production of good quality grappes. The varieties used are merlot (80%), cabernet franc (15%) and cabernet sauvignon (5%). Technical aspects Area : 22ha70 Ground : sandy-gravel plateau Grape varieties : 80% merlot – 15% cabernet Franc – 5% cabernet sauvignon Production / Year : 120 000 bottles Maturation : 12 months / oak barrels (25% renewed per year)